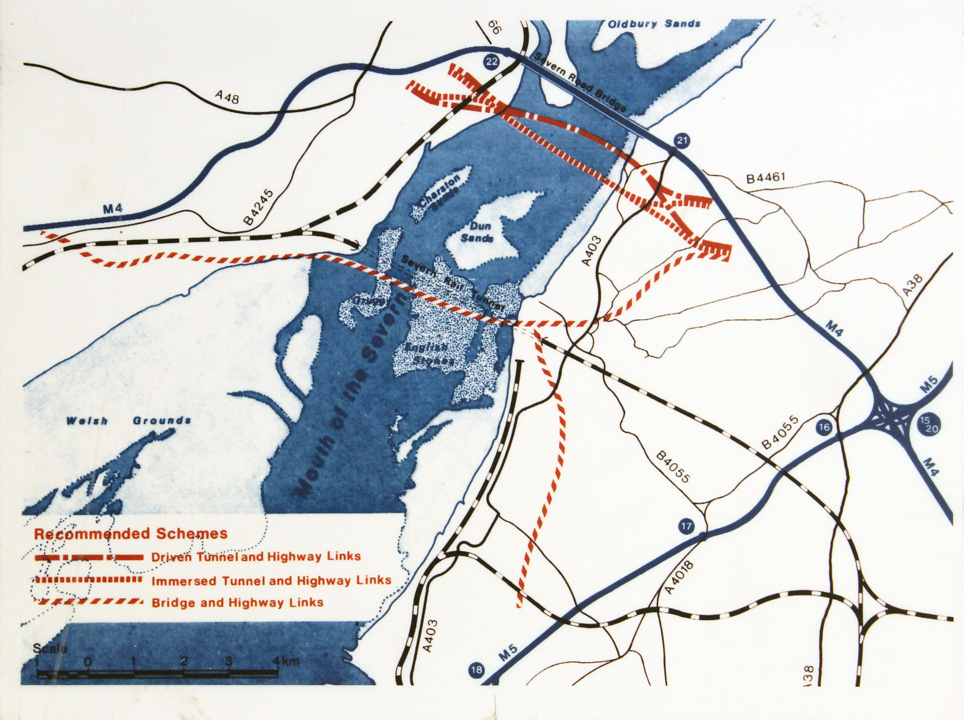 In 1984 the government commissioned a detailed feasibility study into a second crossing. The challenge was to investigate the need for a new crossing and to identify the best type of crossing and its location. The study area extended 8 km up and downstream of the Severn Bridge. Different types of bridge and tunnel were examined. Road connections to the existing motorway network were a vital part of the study.

The study considered all key issues, from the traffic demands to the environmental impacts and from engineering feasibility to economic viability and planning issues. Both local and wider regional effects were considered on both sides of the Severn estuary.

To find the right solution, the study needed to balance the expectations of society at that time for new infrastructure against costs and economic analysis and against the impacts upon both people and the natural environment. It needed to weigh benefits against disbenefits whilst reducing disbenefits where practical. As this work progressed, it was soon clear that a new road tunnel under the river would not be favoured, and that the most attractive location, economically, for a new road crossing would be either immediately downstream from the first road bridge or across the English Stones.

The study was completed in 1986. It recommended a new route that would cross the Severn Estuary at the English Stones, using a cable-stayed bridge to span the navigation channel, with viaduct approaches on either side of the bridge totalling 5 km in length, and with 20 km of approach roads linking to the M4 and M5. This is the scheme that promised the best economic return. The Government accepted this recommendation and so the concept of a crossing at the English Stones, first actively considered in 1935, would now be brought to fruition.